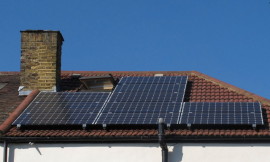 Sun’s light has found many uses besides being a source of light in our lives and solar power has been around since 60 years, still continuing its good job in saving energy.

Electricity is indispensable for our life as we are dependent on it on a daily basis. Right from cleaning and cooking in homes to large scale industrial activities everything needs energy. More than half of the world depends on fossil fuels and a certain part of it on nuclear technology. These energy sources are not only exhaustive but also lethal in the long run. When exhausted, they cause ecological disturbance and when harnessed, they release harmful content.

Thus along with other factors, the quest for alternate energy resources began. In 1839, Edmond Becquere a young French physicist demonstrated the first photovoltaic effect in an experiment. Thereafter many scientists including Albert Einstien added to the research by coming up with their own innovations to the photovoltaic cell. Although it was not until the the 25th of April 1954 that the world officially witnessed the first realistic photovoltaic cell.

Three scientists Daryl Chapin, Calvin Souther Fuller and Gerald Pearson developed the world’s first silicon based photovoltaic cells. A single cell produced about 1 watt of electricity and Hoffman Electronics Corporation led by Les Hoffman pioneered the mass production of these cells. Owing to the high production costs and less energy efficiency, the cells were used in toys and other minor areas. Hoffman electronics made big efforts to improve the efficiency of solar cells and this bore fruit in 1958  when Vanguard I became the world’s first satellite to be powered by solar batteries.

Today the world’s solar energy production has reached about 140 billion watts peak power capacity. This sustainable energy resource has finally arrived to deal with the emergence of world climate change. Nations are contemplating on shifting from fossil fuels such as coal to alternate resources for their energy needs. As a result they are running schemes such as Feed In Tariff on a domestic scale. Solar PV technology is racing ahead of its contemporary players like wind turbines. This highly renewable source of power is sure to tread greater mileage across the expanse of the earth bright with sunshine. 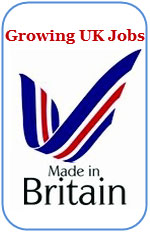 At SolarImmersion we are proud to design & manufacture all of our products in the UK to the highest standards. Want to see production pictures ? Click here
Reviews
Search Products
© Copyright - SEMSI Ltd.
Bottom Menu